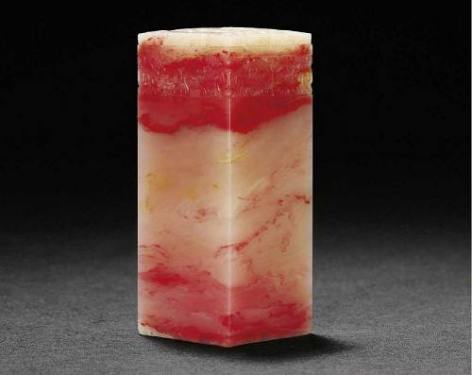 The weaker and the weaker prices of the market The Changhua Bloodstone Collection has a history of more than 2,000 years. In recent years, with the increase of the collectors' heat and demand, the price of bloodstone has risen and become the darling of the auction market. In 2007, a famous carving master Niu Kesi carved "Changhua chicken blood stone pavilion Hill" in the Beijing Hanhai autumn auction with 13.44 million yuan transactions; 2011 Xiqiao spring shoot, a bloody Bahrain blood stone ornaments to 1207.5 Million transactions. However, since the beginning of this year, the low-end bloodstone market has experienced volume and price declines. In response, Yang Hua, a bloodstone collector, said: â€œSome people say that bloodstone has risen 10 times in 3 years. In fact, this argument is suspected of speculation. Only the rare species such as Dahongpao heliotrope have seen a substantial increase in value, and the market price of ordinary soapstone There has been no soaring situation, but relatively flat growth.This year, the art market as a whole has been sluggish. Apart from a few fine items, most of the bloodstone prices have fallen, compared with the high prices from the end of last year to the beginning of this year. The decline has already exceeded 30%, and the transaction volume has also declined.In particular, good quality soapstones are in the hands of collectors. When the market is sluggish, most of them are wait-and-see and will not easily take shots. In fact, in recent years, The quantity and quality of the boutique bloodstone are not as great as before, but on the other hand, the prices are still high, which is unreasonable. Now it may be a bit late for ordinary collectors who want to buy high-end soapstone seals."

"As a variety of investments, the realization of bloodstone is more difficult," Yang Hua told reporters. "The purpose of investors' collections is to cash out in a few years, but private buyers must have suitable buyers, and the prices after bargaining are often unsatisfactory. It is the main way for the realization of bloodstone, but when the market is in the doldrums, the outflow rate is high."

Because of the scarcity of resource prices, in recent years, a variety of trickery has also emerged. "The market is full of fake stones." Mr. Wu, a distributor of soapstone, told reporters, "The more common methods of counterfeiting include mosaic dyeing, dipping, and sticking. Inlaid dyeing refers to the selection of better Changhua bloodstone seals. The surface was dug out of some deep and shallow pits, then embedded with red mercury, then polished and waxed after being naturally dried. However, this mosaic-printed soapstone has a hard color and is not layered. It is relatively easy. There are also certain Changhua stones that will have no blood color, smeared with mercury, dried and painted with red pigment, then dried and then dipped in a resin. Aging, easy yellowing of the epidermis."

"There is a real fake - resin synthesis method. Counterfeiters use mineral rock powder, plastic, resin and red paint, artificially made of soapstone lines, and then after a high temperature, high pressure, grinding, polishing, a realistic bloodstone The seal is made, because the resin-synthesized soapstone is very similar to the original material, so even experienced collectors can hardly distinguish the authenticity. Of course, the resin-synthesized soapstone is not completely unidentifiable because of its special chemical composition. , so when burning, there will be a taste, will change color." Mr. Wu said that even in the origin, some scrap, waste materials also serve as a good blood stone in the sale, and some still use fake stone material dyed industrial paint posing bloodstone, and even There are crushed stone powder added industrial dyes to reconstruct fake.

â€œThe real stone veneer method is an innovation for the counterfeiters. The counterfeiters cut the six faces of the real bloodstone into thin six pieces, wrapped in ordinary stones, and polished the line angles between the slices and the glue. A piece of stone can be broken into a lot of bloodstone seals." Mr. Wu said that after treatment of pseudo-bloodstone, natural blood color, texture distribution of natural bloodstone characteristics, very difficult to distinguish. â€œWhen you identify, you should carefully observe the four interfaces above and below to see if the lines at the interface can be connected. To maximize profits, counterfeiters often use a cutting surface with a stone, and the attractive blood color can only stay on one plane. ."

Aesthetics should first look at the similarities between blood and jade, and most of the bloodstone collectors are "heavy stone does not re-engrave." Since ancient times, bloodstone has been used mainly for the production of seals, followed by carving crafts, in addition to the original stone appreciation. For this phenomenon of "heavy stone does not re-engrave," Yang Hua said: "First, the raw material of bloodstone is small, especially the raw materials with good texture and color are often small. Therefore, it is based on the production of seals; the material is good and the volume is large. The bloodstone is hard to see, and collectors are often reluctant to cut open, will appreciate the original stone; but the general texture of the larger stone in order to increase its added value, will be crafted, giving the stone a higher artistic value ."

"Paying importance to raw materials and ignoring the carving process is a lack of artistic aesthetic performance by collectors." Yang Hua told reporters, "Whether jade or jade, collectors are more concerned with their investment value than with the added value of art. It cannot be denied that the original stone is more easily realized. However, in recent years, blood stone carvings have also received increasing attention from collectors and collectors, and collectors have also begun to change from heavy materials to materials.Blood stone's material is important, but as a high value-added art, the added value of carvings should be Its design level, process value, decorative theme and other factors, the material value is only based on bloodstone bloodstone is very precious, so when carving than other types of stone carving is more restricted by the original stone, with particular emphasis on highlighting the blood part, the principle of carving is also the maximum To preserve the blood color, it is necessary to design and conceive the layout according to the blood color distribution of the original stone, and adjust the engraving scheme at any time along the changes in the direction of the blood veins.The chicken blood cannot be cut off or cut, and the blood of the chicken must not be worn out. Rich, creative, and suitable for stone."

â€œInvesting in collecting bloodstone first depends on the color of the blood, followed by texture.â€ Yang Hua, who has many years of collection experience, said: â€œChanghua bloodstone is famous for its rich blood color. The more concentrated the red, the more collectible the value is, the larger the size of the blood, and the more vivid it is. Now that one side has the bloody stone seal with 40% of the stone area, the thumb's blood is about RMB 10,000. We all know that the red and transparent 'Dahongpao' has the highest market value. Secondly, look at texture. Quality should be clean and less impurities, feel fine, from the texture point of view, sheep fat is the most precious, followed by frozen.Black and white and the blood of both 'Liu Guan Zhang', but also has a very high value for collection.Blood stone carving in addition to see the blood In addition to texture, it depends on whether the carving process is exquisite and ingenious."