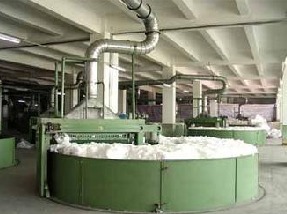 The international cotton price broke through the 96 cents/lb mark again after a lapse of two months, which was 6% higher than a week ago. The cotton textile segment may once again usher in a favorable price gap between the domestic and foreign cotton prices at the beginning of the year. Many factors promote international cotton prices to enter the upward rhythm On August 14, CotLookA reported at 96.4 cents/lb., which ended the recent 90 cents/lb. plutonium market. The domestic and foreign cotton price gap narrowed to within 4,000 yuan per ton. 3700 yuan per ton.

Market participants believe that benefiting from the August supply and demand report of the US Department of Agriculture, the upcoming opening of China's cotton purchase and storage policy, and the impact of the supply vacuum phase of the Chinese cotton market in August, international cotton prices will enter an upward â€œrhythmâ€.

Gao Yong, executive vice president of China National Textile and Apparel Council, said that the 2013/2014 national collection and storage policy will start on September 1. The unlimited storage and storage price of 20,400 yuan per ton is the most direct effect of driving international cotton prices.

The US Department of Agriculture's August supply and demand report lowered global cotton production and ending stocks for 2013/2014, which directly stimulated the increase in global cotton prices. Among them, based on the United States Department of Agriculture's first production survey, the report lowered the US production in 2013/14 to 98,000 tons, to 2.84 million tons, the lowest since 2009. China's output is also falling due to poor weather in Xinjiang, central North China and Hunan Province.

A number of cotton industry sources said that cotton stocks account for 30% of the annual cotton consumption is a reasonable range. China's 2013/2014 ending inventory is expected to exceed domestic cotton consumption for one year.

In the recent cotton market supply phase, the 2013/2014 cotton season, the worldâ€™s largest cotton consumer market â€“ Chinaâ€™s first batch of self-produced new cotton will be available as early as September, plus domestic cotton stocks are mainly held by the government, and will be released by the government by the end of July. The end of the storage policy caused August to become a domestic vacuum for cotton supply.

Considering that the current domestic spot price of cotton is relatively high and that it is â€œhaving no marketâ€, domestic textile companies may concentrate their use of imported cotton quotas in August to purchase international cotton, thereby further increasing international cotton prices.

Affected by China's cotton collection, storage, and storage policies, the spot price of domestic standard-grade cotton has remained stable at 19,200 yuan per ton for a long period of time. The price is much higher than that of international cotton prices, and the trend is a "straight line."

Based on past experience, in September 2012, the Chinese government temporarily placed 500,000 tons of stockpiled cotton into the market to reduce inventory pressure and stabilize the rising trend of international cotton prices.

Lu Tai A Zheng Daiyin said that the company received 20,000 tons of cotton import quotas in 2012, and the quota was used for the company's 2013 cotton use.

At the market level, the rise in international cotton prices will improve the overall competitiveness of the domestic cotton textile industry in the global market.

This price is already close to the "psychological difference" that the domestic textile industry can accept.

A number of people in the textile industry said that the difference between domestic and foreign cotton prices is acceptable between 2000-3000 yuan per ton. With the narrowing of domestic and international spreads, the domestic textile industryâ€™s confidence and ability to participate in international competition will be greatly improved, and it will be able to win back orders.