Leading : "The Frozen" takes the 2013 Golden Globe Awards, the Anne Awards, the best animated feature film of the Academy Awards, and the "Snow Country Train" is the first choice for dark science fiction films because of the tight greenhouse effect. It is an absurd and wonderful experience, full of miracles. The snow country seems to have become a more popular theme. The opening of the song "The Song of Ice and Fire" in the fourth quarter adds a mysterious atmosphere to the snow country theme. The original mystery of alien religions and the grand buildings and landscapes in the exotic lands and magic fields give rise to delusions, and under a stable environment, the development of human imagination and beautiful dreams. 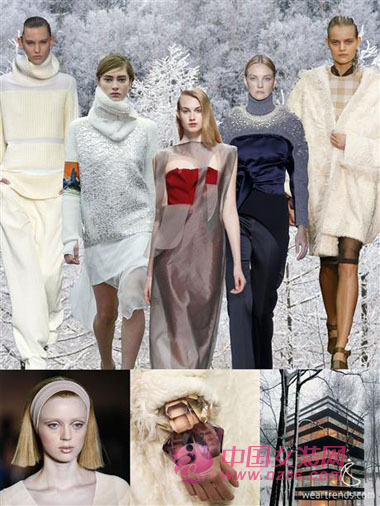 Following the "Frozen", the dark but heart-loving Queen Elsa became the sought-after screen character. The independent but heart-bearing character provided more room for imagination. Liberate self-nature, break the secular embarrassment and shackles, and move into a more liberal frozen country. High-collar collars, transparent splicing, and bronzing are the inspiration for the cold and transparent texture of the world of ice and snow. Bare tones and neutral colors provide a new dominant color for gray-tone panels, and marble blue and blood red create a sense of mystery. The beading method creates a simple and clear snowflake shoulder effect, uses chiffon stitching to create a new high-necked sweater, sports wind coat is made of the same color chiffon softening, the nude color crystal is exquisitely finished, and the yarn arranging process creates a sense of snow-whiteness. A red blood is like the red lotus in the snow. 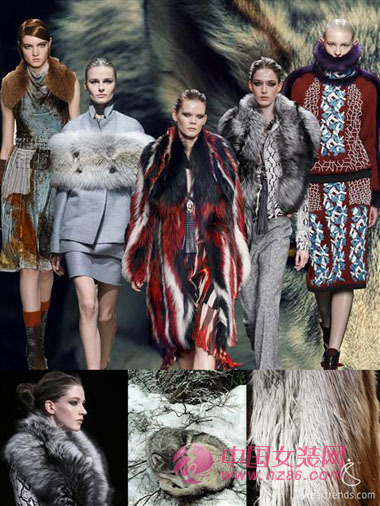 A primitive wild theme, inspired by the "Song of Fire and Ice" and Ice Snow Wolf - epic legendary history and changes. A dark wild theme was established through wolf and fur, while the gloomy snow domain and wolf psychic offered kingdom governance. Knit texture embroideries, rust prints, tribal prints, queens, knights, and other characters in fantasy environments provide a reference for styling. Gradual ash, silver grey, and tan are taken directly from the wolf hair. Flame red and blue are just like the flames of the ice and snow fields and the sky colors. Colored furs and fringe pendants, under the shape of a long coat like a wolf command; snowflake ash serious classics after the fur has become free and easy; under the fur cape like a refined female military adviser; family daughter is bold and fun A rust-effect A-line dress with a small sculpted shoulder and a pleated block in the waist form a new pleat; the more exotic colored fur can also be used in the collar and arms, which is more novel and original. 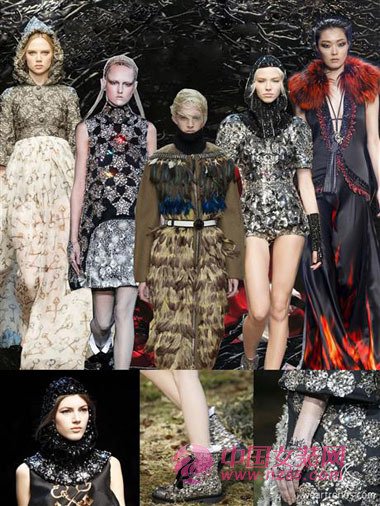 Inspired by the Tudor Dynasty and the Victorian period, changes in time and social turmoil create an esthetic depth of the forest and the spirit of the elven empire. The devil messengers and pagans create a magical goth theme. The desolate forests and towering castles provide fairytale magic to the entire theme. Floral embroidery, embossed effects, gilding, decorative beading, colored feathers, medieval patterns of historical significance as a pattern reference. The decorative crown and gem long gloves create a young and brave Elf country lord. The gemstone boots add white soft pleated detail to the female; the gradient feathers have a cascading sequence, like a spirit witch; Hooded robe With the chiffon hem, the darkness is the black magic of the Little Red Riding Hood and the demon spirit; the flame prints on the floral fur and skirts evoke a majestic and brilliant brilliance.

One kind of print, different from print, it used auxarly to make design.only blend fabric can be made burnout, such as T/R,CVC,M/T ect.